Skip to main content Skip to navigation Skip to footer

Multiple times a year, our statewide Wilder School Commonwealth Poll provides policymakers with an up-to-date snapshot of public opinion on current policy issues in the commonwealth. On this page you'll find information about recent poll highlights, as well as poll data organized by topic and by date. If you would like additional information about the poll, or if a different version of any document is needed for greater accessibility, please contact us.

Our most recent poll was conducted from December 11-30, 2020, with results released in January 2021. The poll asked Virginians for their perspectives on:

The poll's methodolgy is as follows:

“We see the importance of addressing the effects of COVID relative to improved health care needs in areas that have been previously neglected such as education, health and employment,” said former Gov. L. Douglas Wilder.  “There is a clear disconnect between what the people want relative to vaccination administration and the vaccine implementation plan provided by Gov. Ralph Northam’s administration to date.”

In addition, “An overwhelming majority of Virginians feel that the 2020 special session of the General Assembly called by Governor Northam failed to address systemic racism or address the issue at all. Also, a plurality disapprove of Governor Northam’s use of $1 million for a yearlong investigation into racism at [Virginia Military Institute], and a majority also believe ethnic and racial diversity at the state leadership level and at the local level has led to increased segregation in our education system.”

For more information about the results, questions, and data, visit the links below: 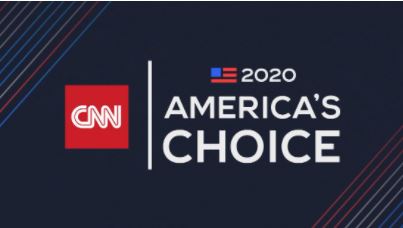 We are proud to have the Wilder School’s Commonwealth Poll selected as a Presidential Election Poll by CNN Politics for the first time in VCU’s history.

Selection as a CNN-approved poll solidifies the Commonwealth Poll among the top polling operations in the nation while elevating the voice of Virginians in what could be the most consequential presidential election of our time.

Our poll covers a vast array of topics important to policymakers across Virginia and beyond. Click the links below for more information about recent findings related to each policy area.

Scroll to the top of the page